Águeda is situated in central Portugal, south of Porto and it is the largest municipality in the Aveiro district (NUTS 3 Region), extending to an area of 335 km2 and representing roughly 13 % of the district’s population. Águeda’s economy is dominated by the manufacturing sector, which represents more than 50 % of the available jobs in the municipality. In particular, Águeda is traditionally famous for its lighting, metallurgy, and two-wheel industry. In 2001, 37 % of Portugal’s motorcycle and
bicycle manufacturers were based in the municipality while the main bicycle manufacturer in Águeda was a supplier of Paris’s Velib scheme, a large-scale public bicycle sharing system in Paris. Despite this tradition, Águeda’s hilly terrain – with connecting streets between the riverside area and the upper town reaching an elevation of 70 meters – has hindered the development of a local cycling culture, with cycling modal share amounting only to 2 %.

Águeda aims to improve the connectivity of the rural parishes with the city centre, and especially with schools, thus enabling students who live in rural areas to easily reach the railway service, which will further connect them to their schools.

Águeda’s demonstrator will leverage the existing electric bike sharing system, “beÁgueda”, extending it to the rural areas and using it to complement the existing train routes, especially for young people/students who need to reach school on a daily basis. Being the most receptive population to new experiences and behaviours, students are the main target group for this demonstrator, especially the student population that lives in the area and travels daily to the city of Águeda to attend high school or university. In particular, 5 new e-Bike stations will be installed and 15 new e-bikes will be provided (on top of the 20 e-bikes that already exist in the city) in five rural communities of the west area of the county: Parish Union of Travassô and Óis da Ribeira; Parish Union of Recardães and Espinhel; Parish Union of Trofa, Segadães and Lamas do Vouga; Parish of Valongo do Vouga; Parish of Macinhata do Vouga, covering an area of 122.27 km 2 and having a total population of 21,257 inhabitants. The municipality will also develop a multimodal journey planner as desktop and mobile app with a service allowing users to book online the e-bikes. 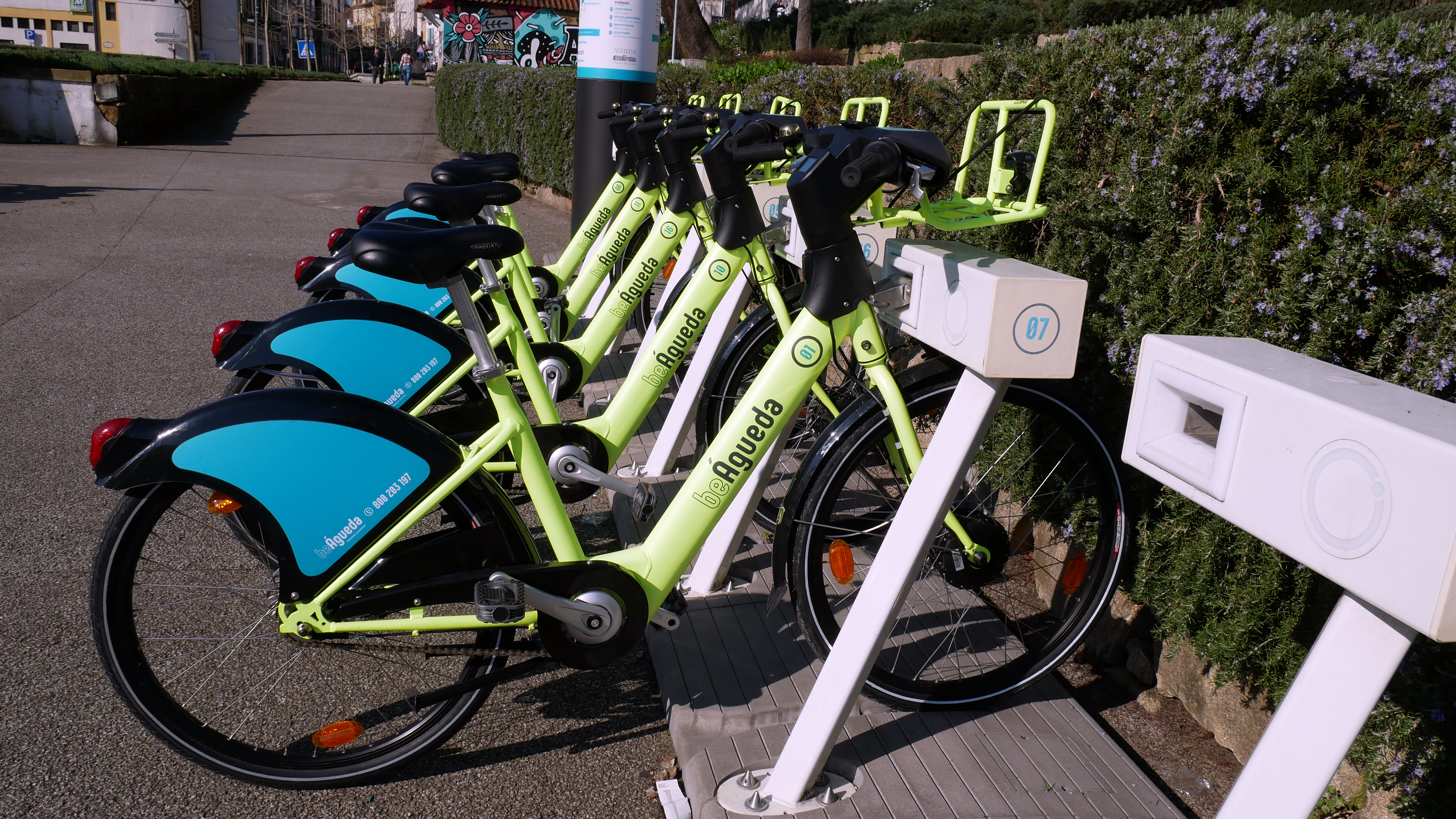 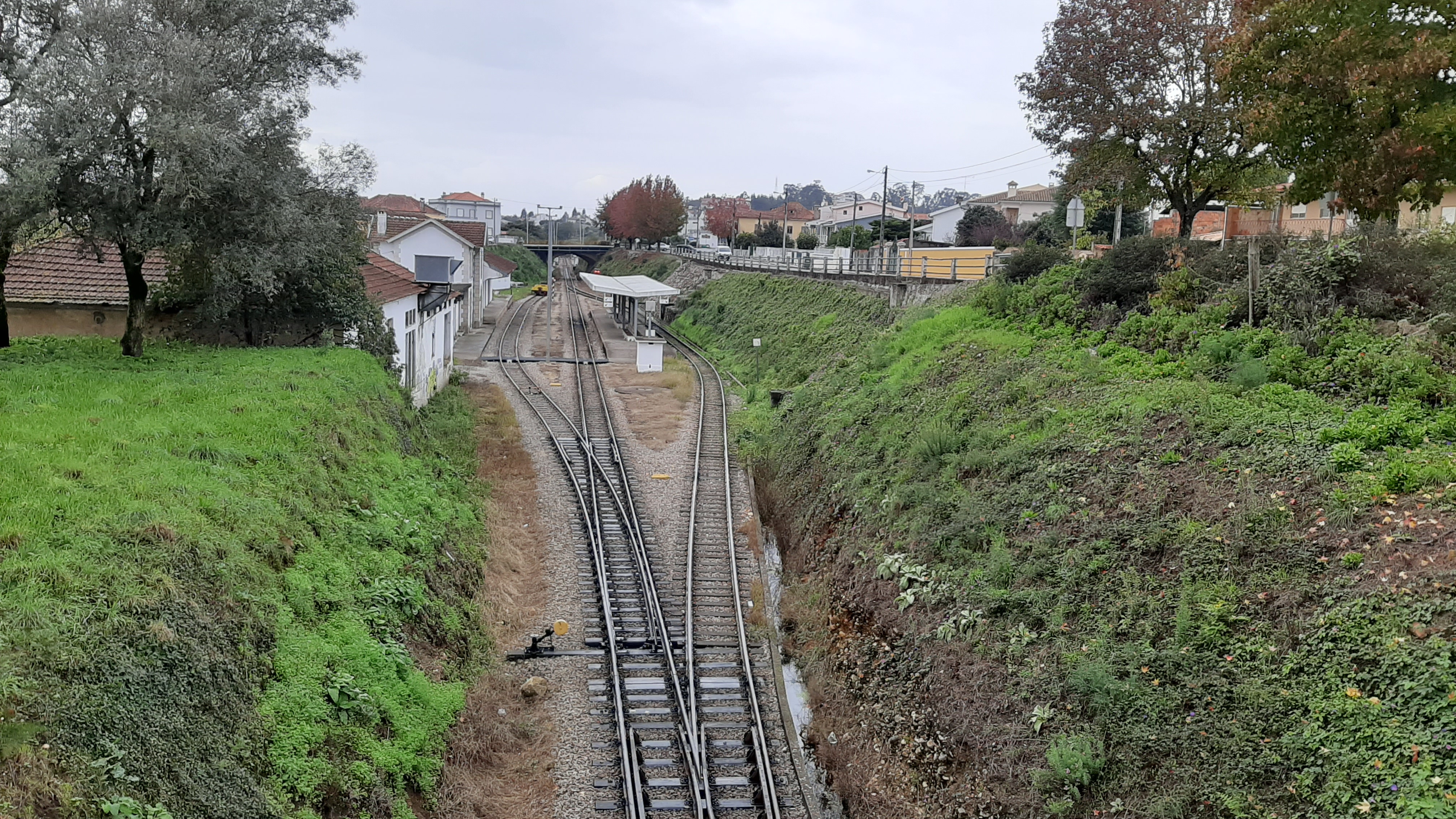 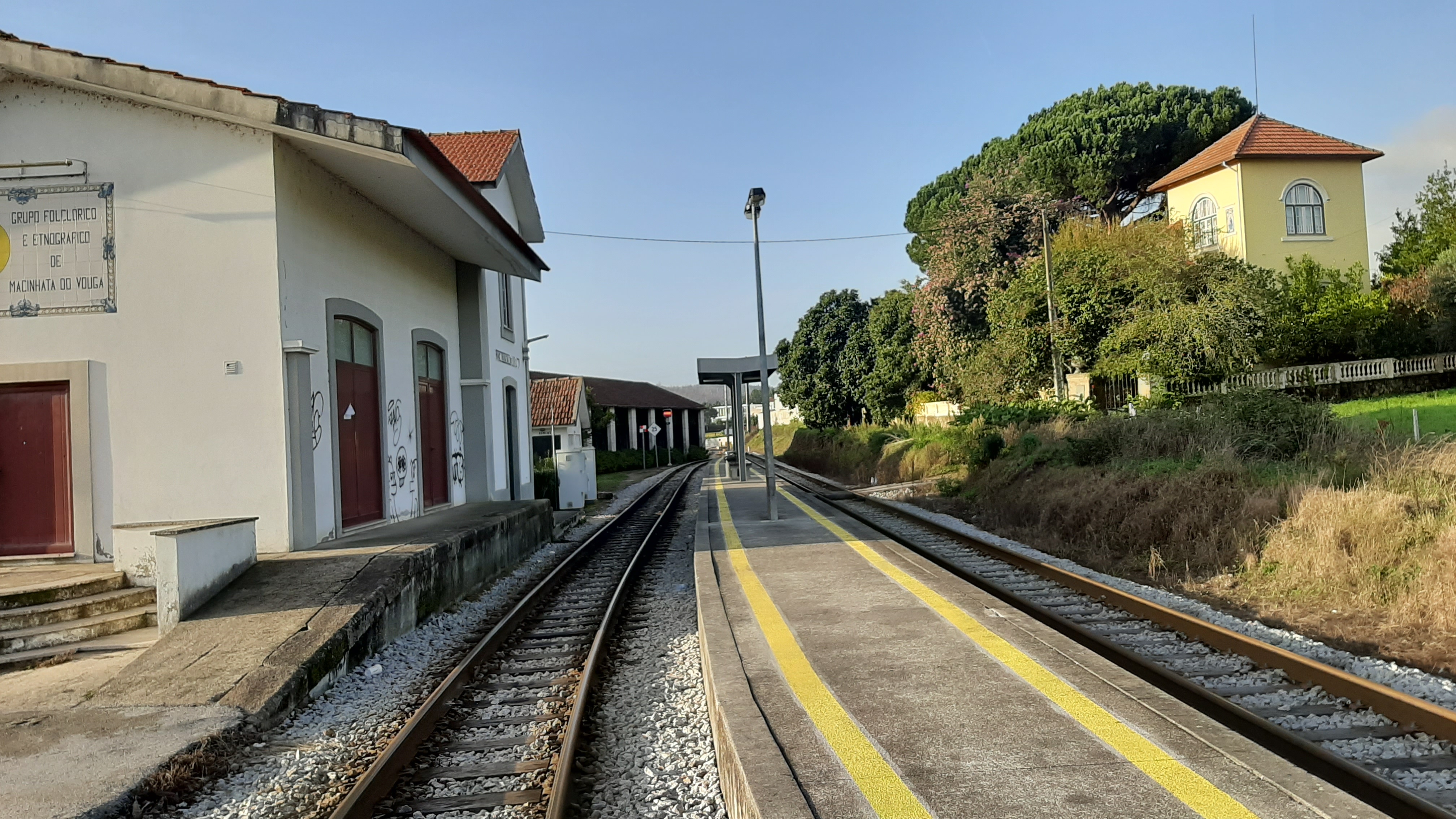 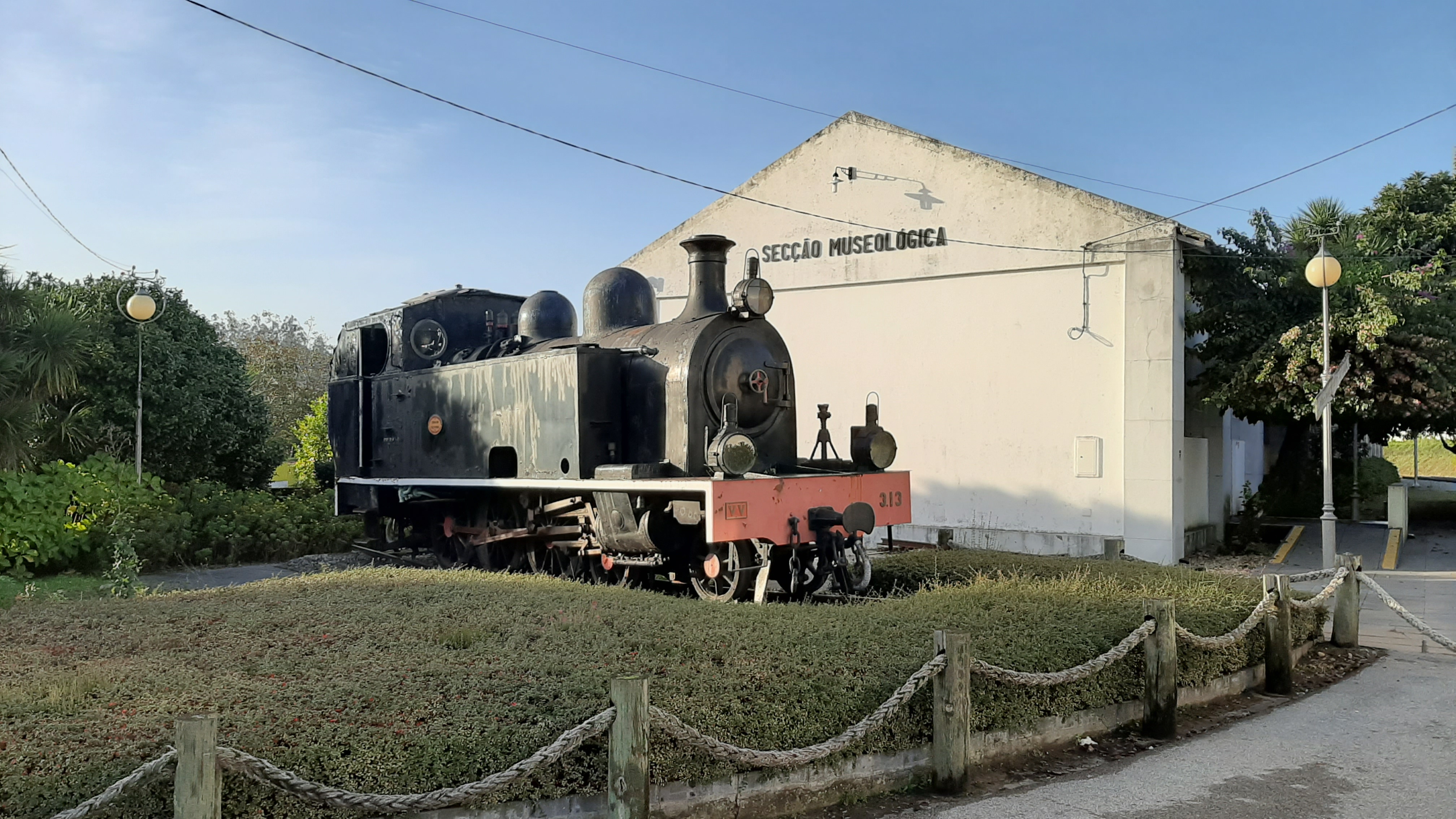 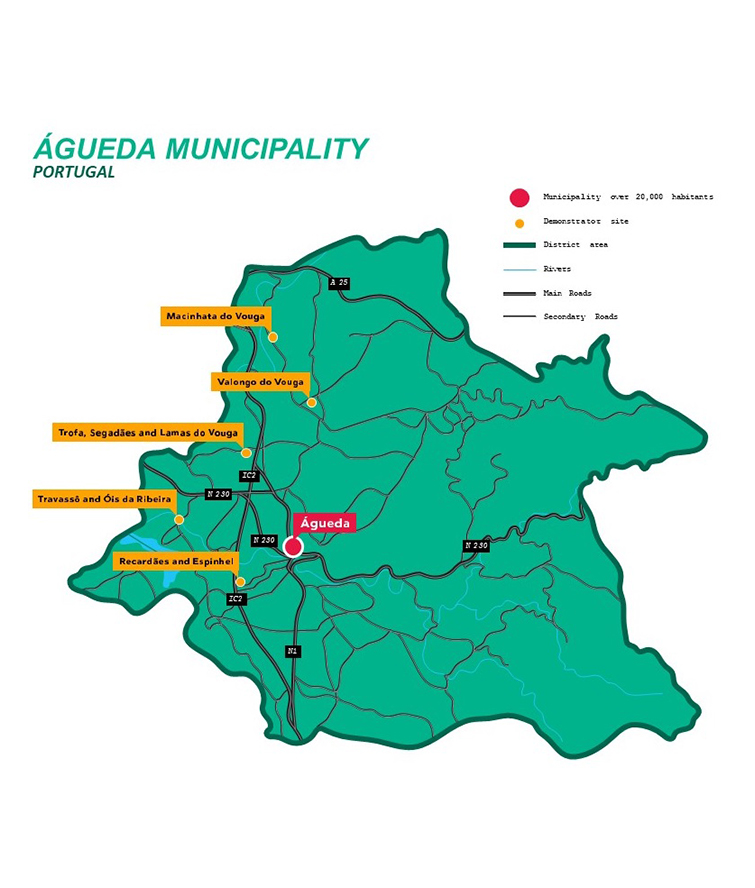